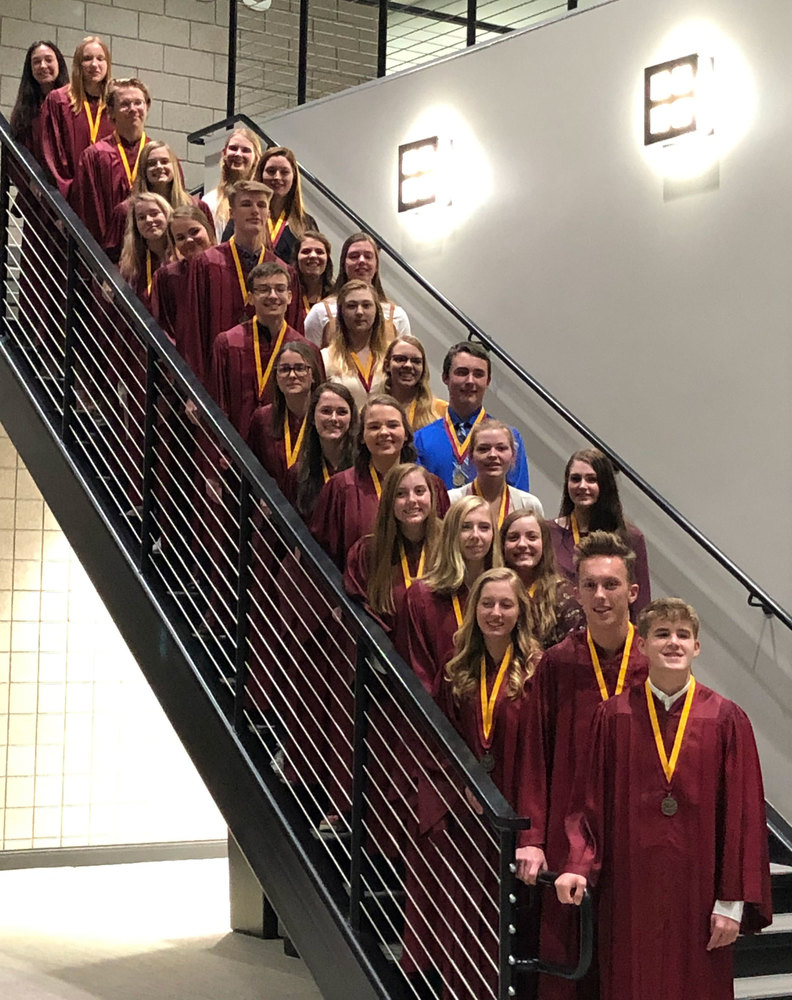 On Monday, December 2, sixteen new pledges were inducted into the Trojan Chapter of the National Honor Society. The ceremony took place in the Tabor College Flaming Center for the Arts.

The National Honor Society ranks as one of the oldest and most prestigious national organizations for high school students. Chapters exist in three-fourths of the nation's high schools, and since 1921, millions of students have been selected for membership.

Members of the Trojan Chapter of the National Honor society have earned their membership by the effective demonstration of the four qualities held in high esteem by the society -- character, service, leadership and scholarship.